WHAT IS A UNICOMPARTMENT KNEE REPLACEMENT? 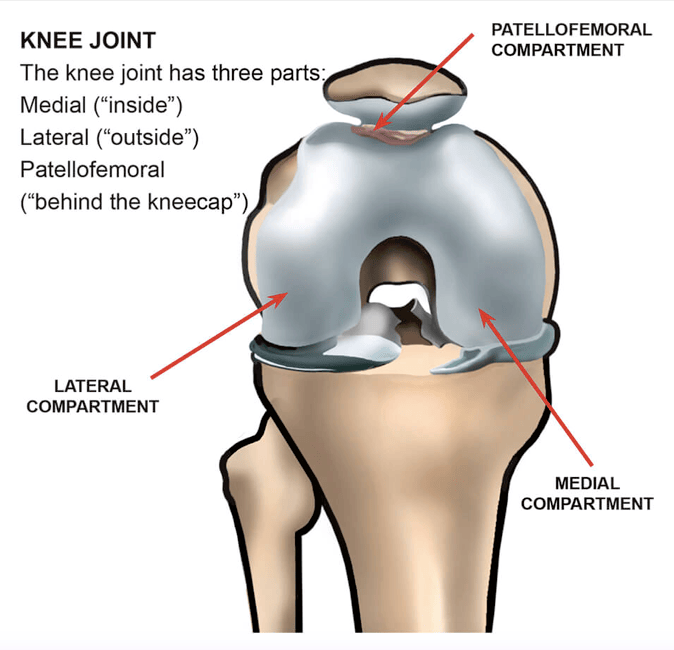 A joint can become arthritic on only one side of the joint with the rest of the knee completely normal in which case only that side of the knee needs to be replaced and this is a Unicompartment or partial knee replacement. (Figure 2) 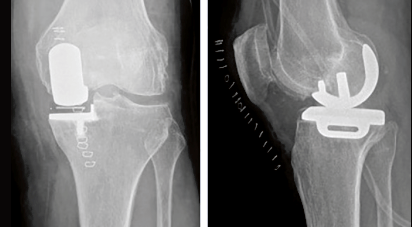 WHO IS ELIGIBLE FOR A UNICOMPARTMENT OR PARTIAL KNEE REPLACEMENT ?

The knee deformity must not be excessive and the patient should have an adequate range of movement. Patients who have a high BMI would not be ideal for a Unicompartment knee replacement. Patients whose arthritis is caused by an inflammatory condition such as rheumatoid arthritis, ankylosing spondylitis, or psoriatic arthritis are not suitable because their underlying condition will affect the other compartments of the knee. Your surgeon will discuss the possibilities for a Unicompartment knee replacement for you.

WHY DO UNICOMPARTMENT KNEE REPLACEMENTS FAIL?

The prosthetic components can come loose (more common than in Total Knee Replacements). Another cause of failure is the other compartments may develop osteo arthritis and become symptomatic.

HOW LONG WILL IT TAKE TO RECOVER?

After a Unicompartment Knee Replacement patients generally, go home on the first or second day following the surgery; this being about a day quicker than a Total Knee Replacement. Crutches are used for up to 4 weeks by which time most patients can walk comfortably without crutches. You will be able to return to a desk job around about the 3 weeks mark and to more physical work after 8 weeks. Sporting activities such as golf will take between 2 and 3 months. Bicycle riding, however, is usually commenced around the 6th to 8th week.

We ensure that quality care is afforded to our patients even before formal consultation by taking necessary information about our patients, their lifestyle, and their current ailments.

Prof. Ponky Firer, Dr. Brad Gelbart, and Dr. Matthew Street specialize in knee conditions of any type. Their approach is to improve your mobility and lessen your pain in the least invasive manner possible.